The 2018 NZ AC Open was played at United and Fendalton Park croquet clubs. The doubles were covered in a previous post.  There were 38 entries in the singles that started with four blocks that were played from Tuesday 23  to Thursday 25 January. The top four from each block played in the knockout with the rest qualifying for the Heenan Plate. Every round of the knockout was played as best-of-three matches. Of the 35 games played in the knockout there were only three triple-peels which reflects the challenging lawns and hoops prepared by  the manager, Chris Clarke. Lena Metcalf was at United every day looking after catering.

Edward Wilson from Australia won the 2018 New Zealand AC Open today at United Croquet Club beating Stephen Mulliner of England in a 2-0 final. Edward and Stephen were runners-up in  the doubles. See the previous post for more on the doubles.

The other semi-finalists were Greg Bryant (West Cost) and Jenny Clarke (United).

The Heenan Plate (for players who did not make the knockout) was won by John Christie (Thames Valley) with Josh Freeth (Auckland and ex United) runner-up.

The Charles Jones Slaver, for the best player with scratch or greater handicap, was won by Lindsay David (Australia).

Lindsay David, winner of the Charles Jones Salver for the best scratch and over player, presented by Charles’ sister 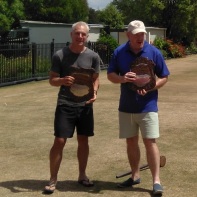 Greg Bryant in the semi-final 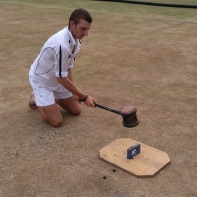 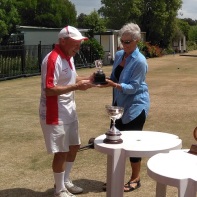 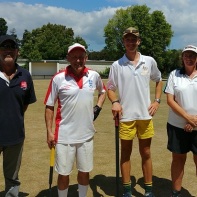 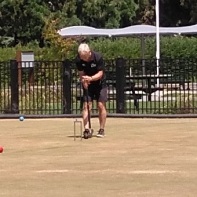 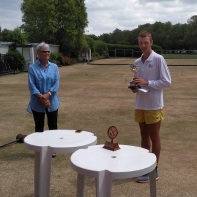